The Ten Implant Centre team led by Dr Martin Wanendeya are in line to win several awards at next month’s Aesthetic Dentistry Awards 2017.
Ten Implant Centre owner – Dr Martin Wanendeya, tutors and trains other dentists at the Royal College of Surgeons on all aspects of implantology. His high-quality work has seen him previously win numerous Awards. He has been nominated in four categories (see below) for the Best Implant Single Tooth and Best Implant Multiple as well as other awards in the orthodontics and restorative dentures fields.

The winners will be revealed at the awards ceremony at the Landmark Hotel in London on Friday, March 24th.

Good luck to Martin and the rest of the Ten Implant Centre team – details of our nominations below! 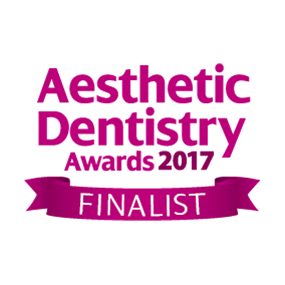