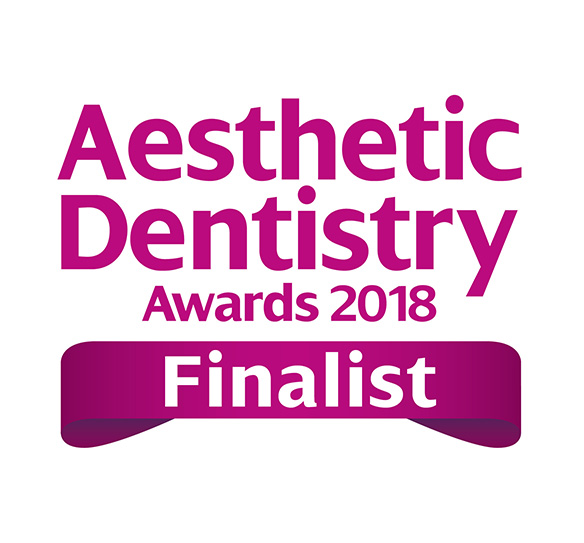 The announcement comes just a few months since we picked up a hat-trick of awards at the 2017 Private Dentistry Awards in December, including Best Dental Practice in the UK and Ireland.

As well as dental implants, we also offer treatments in orthodontics, facial aesthetics and cosmetic dentistry. We are delighted for our staff who have received 13 nominations across 8 award categories for the Aesthetic Dentistry Awards.

The Aesthetic Dentistry Awards exists to recognise excellent standards in aesthetic dentistry in the UK and Ireland. The awards are a chance for all dentists across the UK to enter their work to be judged anonymously by a panel of Judges.

Staff across our three treatment centres in Balham, Clapham and Wandsworth, will find out whether they have been successful at the awards ceremony at the Landmark Hotel in Marylebone, London, on Friday 23rd March.

“Coming so soon after our recent success at the Private Dentistry Awards 2017, which recognised the whole team and practices, these nominations mean just as much to us,” said Ten Dental’s co-owner Dr Nikhil Sisodia.

“This is because they are a result of a team effort, recognising clinical excellence in treatment outcomes, which is what Ten Dental is ultimately all about, providing the very best dentistry for our patients.”